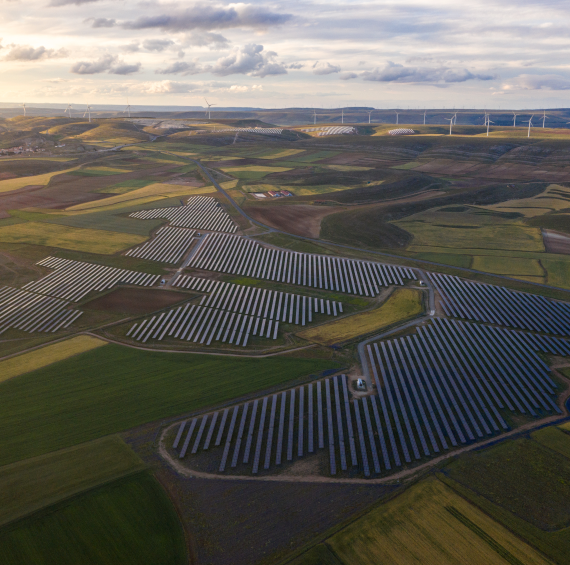 Madrid, 15th November 2022. Opdenergy, an independent renewable energy producer (IPP), has presented its financial results for the third quarter of 2022. The figures obtained in this period reflect its consolidation as a large-scale renewable IPP, highlighting the increase in the volume of revenues from the sale of energy and from the transfer of different projects to Bruc Energy, following the closing of the agreement signed with this company in 2021.

The company also recorded an adjusted EBITDA growth of 173% compared to the third quarter of 2021, corresponding to a total of 35.8 million euro.

Significant progress in the different stages of the pipeline

These figures highlight the notable operational progress made by the company during the first nine months of 2022. These figures are backed by the increase in energy sales and the transfer of various solar PV projects to Bruc Energy, following the agreement signed with this company in August 2021, which includes the sale of 1.1GW of projects in different parts of Spain. Opdenergy transferred 110MW in the period, and during October it formalized the sale of additional projects with a total capacity of 168MW, making a total of 278MW transferred to date. It should be noted that the company also expects to transfer an additional 429MW in the short term, fulfilling its commitment to transfer all the assets during 2022 and 2023. In this regard, to the revenues obtained during the third quarter with the transfer of 110MW should be added 20 million euro for the transfer of an additional 168MW in the month of October.

The company has also completed the construction of two projects in Spain: the Los Arcos and Manzanares PV solar plants, totaling 96MW. Both projects will prevent emissions of more than 29,600 tons of CO2 into the atmosphere per year and are expected to be operational in December of this year. Opdenergy has also started construction work on its Elizabeth project in the United States, a 160MW solar PV plant whose energy will be supplied to Entergy Lousiana through a power purchase agreement (PPA). Additionally in Italy, Opdenergy will take full advantage of current electricity prices and has started work on a full merchant project in Italy, which is expected to be completed in the last quarter of 2023 and will have a total capacity of 24MW.

Opdenergy’s renewable assets pipeline totals 13.6GW after increasing the pipeline by 2.5GW in the first nine months of the year. Within this total portfolio, it is worth highlighting the capacity of projects in operation and under construction, which reached 1.8GW.

Luis Cid, CEO at Opdenergy, stated: “This last quarter has been a time of consolidation of our business plan, with an outstanding operational progress that allows us to continue with the expected development. The company has focused on continuing to grow organically with the funds obtained from our stock market debut in July, as planned. In the coming months we will continue working to implement our portfolio of projects underway, which will undoubtedly be of great value to the energy mix of the countries in which we operate.”

Opdenergy is an independent renewable energy producer, or IPP, in Europe, the United States and Latin America with more than 15 years of experience. The company develops, builds, finances, manages and operates high quality renewable energy projects in several countries. Opdenergy has a portfolio of 1.8GW of assets in operation and under construction, with an additional 244MW under construction in the near future. In addition, Opdenergy has an additional portfolio of projects in different stages of development of more than 12GW that support its growth strategy.

Opdenergy plays an important role in the decarbonization of energy in the different countries in which it operates. It is present and has projects in the pipeline in five European markets (Spain, Italy, United Kingdom, France and Poland), in the United States and in three Latin American markets (Chile, Mexico and Colombia).

Opdenergy has been listed on the Spanish Stock Exchange since July 2022 (BME:OPDE).