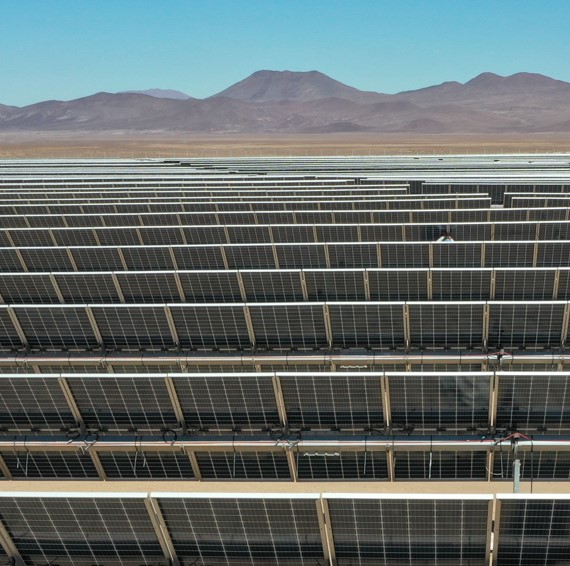 With the entry into operation of this farm, Opdenergy consolidates its position as one of the leading renewable IPPs in Chile with 171MW in operation and a pipeline of more than 1GW of additional projects under development. The Company has also been awarded in several renewable auctions in the country; the 2016 auction whose energy is supplied by this new solar farm and the La Estrella wind farm, and the 2021 auction where Opdenergy was awarded with 819GWh/year for 15 years, accumulating 1TWh of total contracted energy.

Sol de los Andes project is located 15 km from the commune of Diego de Almagro, in the Atacama Region, in an area with high levels of irradiation and with an estimated generation of more than 280GWh/year, which is equivalent to the annual consumption of 35,000 homes1, thus avoiding the emission of 108,000 tonnes2 of CO2 into the atmosphere per year.

The solar farm’s first-generation date was achieved at the end of November after completing the construction works, which has generated more than 340 jobs in the region. Sol de los Andes is Opdenergy’s largest asset in Chile and the second large-scale project in the country, together with La Estrella wind farm in the O’Higgins Region. La Estrella, which was inaugurated with the authorities of the Ministry of Energy in September 2021, has an installed capacity of 50MW and produces 100GWh/year.

Luis Cid, CEO of Opdenergy, stated: “The entry into commercial operation of our Sol de Los Andes project represents a major milestone for Opdenergy in Chile, where we are consolidating our position as one of the most relevant players in the market with 1TWh per year of contracted energy.”

Opdenergy is a platform with 2GW of capacity distributed between operational capacity, under construction and in the pre-construction phase.

Opdenergy is an independent renewable energy producer, or IPP, in Europe and the Americas with more than 15 years of experience. The company develops, builds, finances, manages and operates high quality renewable energy projects in several countries. Its diversified portfolio of assets includes 42 solar and wind power generation projects in 5 countries with a total capacity of 2,048 MW in pre-construction, construction and operation phases. In addition, Opdenergy has a portfolio of projects in different stages of development of more than 6GW that support its growth strategy.

Opdenergy plays an important role in the decarbonisation of energy in the different countries in which it operates; in Europe it has projects in Spain, Italy, United Kingdom, France and Poland and in America it is in the United States, Chile and Mexico.

Opdenergy has secured more than 2.7GW of PPA contracts in different countries with investment grade off-takers and in hard currencies.