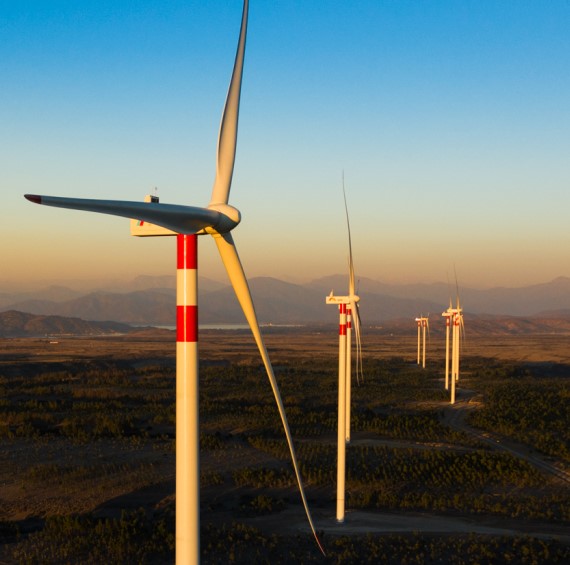 September 7th, 2021.- Opdenergy, an independent renewable energy producer focused on solar PV and onshore wind technologies, has participated in the latest renewable energy auction held in Chile, led by the Chilean National Energy Commission (CNE). The company, which submitted a joint solar and wind energy proposal, has been awarded with 819GWh/year, representing a 35% of the total amount offered and 100% of the energy requested by Opdenergy.

In the auction, which offered a total of 2,310 GWh/year, Opdenergy has obtained 39 of the 110 sub-blocks auctioned for the three time slots, which means providing energy 24/7. The energy awarded will be generated by a combination of wind and solar energy projects with more than 600MW.

After this result, Opdenergy will provide clean energy equivalent to the supply of almost 400,000 homes for a period of 15 years from January 2026 and will substantially increase its current installed capacity in the country of 171MW, consolidating its commitment in Chile.

The company already has two large-scale projects in the country: the 50MW La Estrella wind farm, which began operating earlier this year, and the 104MWp Sol de Los Andes solar PV asset, which is under construction and will be operational by the end of this year. These projects were previously awarded in the Chilean government’s 2016 auction in which the company won 176GWh/year, which added to the recently awarded capacity, will reach close to 1,000GWh/year of contracted energy in Chile.

Furthermore, Opdenergy has three PMGD projects, located in the Valparaíso Region. The development of all these projects represents a boost for the different local economies in which they are located, through the creation of quality jobs and the improvement of social welfare.

In addition to this new milestone in Chile, Opdenergy has recently signed several power purchase agreements (PPAs) in different key markets, reaching together with this recently awarded tender, close to 2GW with long-term PPAs, linked to the Euro or US dollar and with investment grade off-takers. This substantial figure highlights the company’s great capacity to close this type of agreements with top-tier counterparties, demonstrating the quality of its assets and Opdenergy’s experience in their development and management.

Furthermore, Opdenergy expects to have more than 1,500MW in operation and under construction by the first half of 2022, distributed between Spain, Chile, Mexico, Italy and the US, and it also has a further 6,000MW of projects at different stages of development, highlighting the quality and credibility of the company’s pipeline. These include c. 1,900MW of plants at an advanced stage of development and a further 4,100MW of projects in an early analysis phase in Spain, Italy, the US, Chile and the UK, among others. The company will also have a total operating capacity of 584 MW in Spain, Mexico, Italy and Chile by the end of this year.

Luis Cid, CEO of Opdenergy, said: “The success achieved in the Chilean renewables auction consolidates us as one of the leading renewable IPPs in the country with close to 1TWh/year of contracted energy on a long-term basis. At Opdenergy we are fully committed to continue developing renewable energy projects in our key markets, among which Chile plays a key role“.

Opdenergy is an independent renewable energy producer, focused on solar photovoltaic and onshore wind energy production. The Company has successfully developed several projects in different parts of the world, thanks to its strong international presence. In particular, it is present and has projects under development in Europe – Spain, Italy, United Kingdom, France and Poland – and in America – United States, Chile and Mexico.

The company has an existing portfolio of 584 MW, including assets in operation and under construction, together with a solid and visible pipeline of future projects of 7GW, which support its growth. In addition, Opdenergy has demonstrated its strong ability in securing PPAs significantly before the assets are operational and has close to 2GW of long-term power purchase agreements signed with investment grade off-takers and linked to Euro or USD. The secured PPAs cover all its existing assets and a relevant volume of future projects, in the different countries in which it operates.